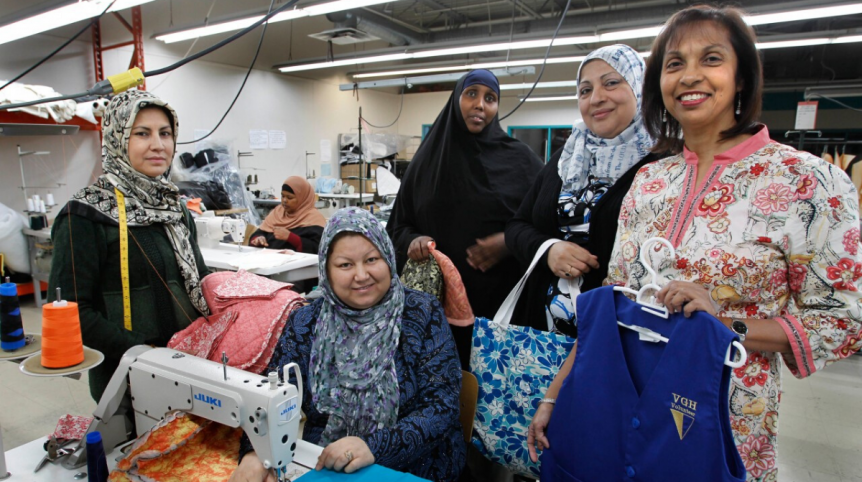 With the recent influx of asylum-seekers crossing the border on foot, the Canadian Muslim Women’s Institute has been busier than ever — working to assist the newcomers, most of whom are also Muslim.

“They are the ones that are the most vulnerable in society,” said Yasmin Ali, president of the CMWI board.

“Those who have been here longer have jobs, they have made connections and friends, they have a social network to help them. The newcomers have none of that. They come here and they are afraid…They come here with nothing.

“They have no income, no language, sometimes no education, and even if they have education, forget it, it’s not accepted.”

The CMWI,  located at 201-61 Juno St., began in 2006 as a group of Muslim women who saw many newcomers in need at the Winnipeg Central Mosque.

According to Ali, some of them seemed “somewhat confused and lost.”

Although the province had provided newcomers with information on culture, language, and where to find support, the women of CMIW realized “they needed some reinforcements,” such as nutritional information translation, English classes, knowledge on where to buy clothes and social activities to help them build networks of friends and acquaintances.