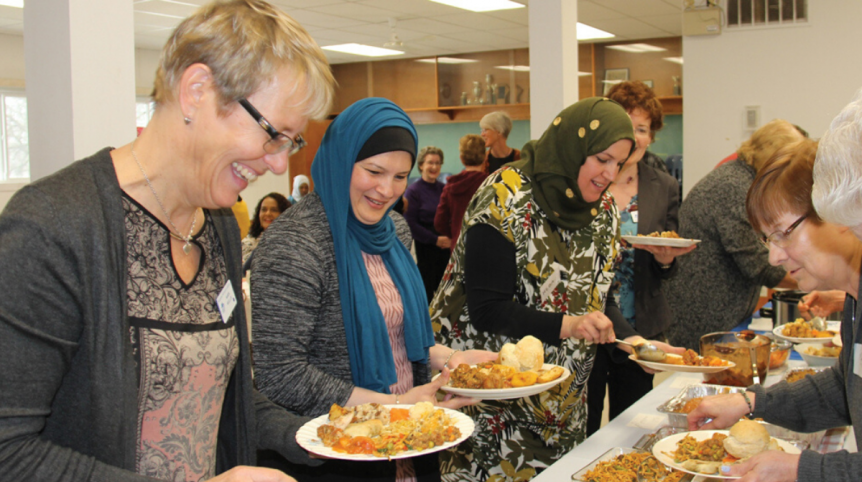 The Roseau River woman had heard its president telling a CBC interview about the organization.
“I said, ‘well, that’s interesting,” said Kroeker, a member of Manitoba Women’s Institute herself. She wanted to know more about this group that shared a similar name.

Her call put her through to Yasmin Ali and the two women were soon planning a get-together — with food involved, of course.

That led to more than a dozen CMWI women travelling out to this corner of southeastern Manitoba to sit down with Woodmore WI ladies for possibly the most internationally flavoured potluck ever eaten in this small village’s hall.

Over macaroni pie and kibbeh and wild rice casserole and biryani — and a mountain of dessert — they visited and shared kids’ photos and talked about where they and their families came from.